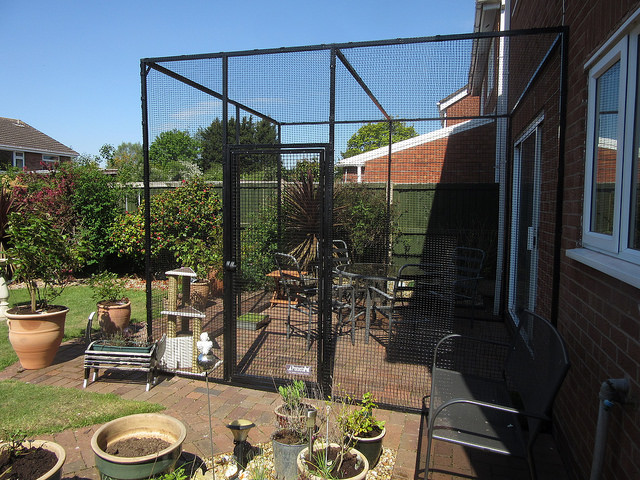 Pet detectives almost captured the Croydon Cat Killer in the small village of Hooley, Surrey. Pet detectives were joined by police as they raced to the scene, but the killer managed to escape. Animal lovers Boudicca Rising and Tony Jenkins run SNARL, the South Norwood Animal Rescue Liberty organisation. The organisation was established to catch the killer who is now responsible for at least 250 cats over the last three years.

The day before the close call the police were called to examine the body of a black cat in Wickham, Kent. The cat had been slaughtered and its head and tail cut off. It is believed that the incident is linked to the same person. The cat was targeted on the pathway of a residential area and found at 1am on Saturday.

Police now have a description of the person they would like to speak to after he was seen near the corpse of a cat in Caterham. The man has dark hair, is about 5ft 8in and he was wearing a dark hooded jacket, a backpack and a head torch. He has also been described as having acne facial scars.

The man was chased by seven angry residents that saw him close to the body of the cat. Unfortunately, the killer managed to escape. Many people in the local area are aware of the killer and everyone wants him caught. Police were also at the scene in Caterham, accompanied by sniffer dogs. The community and the police are working together and it is hoped that the maniac will be caught soon.

The attacks are not limited to the Surrey area. Mutilated cats have been discovered all over the south of England and even as far as Birmingham. The man often returns to the crime scene and leaves previously removed body parts. He has even been hear making kissing sounds and is believed to have offered food to attract them. He has also killed other animals including foxes.

SNARL are encouraging cat owners to bring their pets in at night, when a large majority of the killings have taken place. A message on the website reads: “This is a warning for cat owners from Manchester down to the South Coast. Please keep your cats indoors at night until further notice and during the day if you can”