European growth is the cat's whiskers for ProtectaPuss, Catworld, May 2015 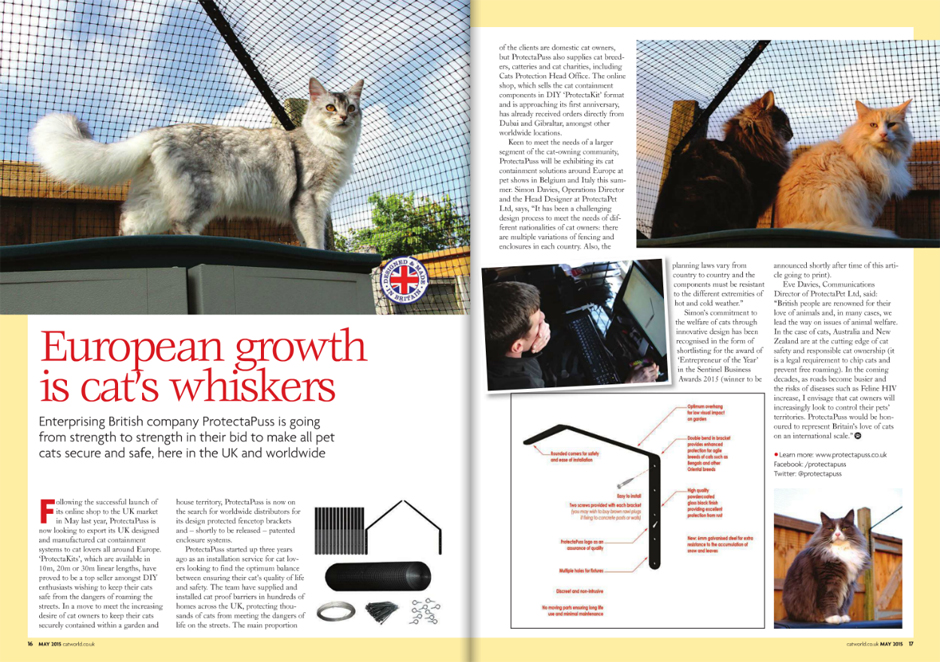