Two separate families are morning the loss of their beloved cats after suspected air rifle attacks took place in Knebworth. On May 30, the Cox family discovered their pet cat, Ziggy, was distressed and injured on London Road. Ziggy was taken straight to the vets but sadly Ziggy had to be put down due to the extent of his injuries. The vets discovered an air riffle pellet was the cause of his injuries. The second case took place six days earlier on May 24. Leo, the Cox’s neighbour’s cat was killed and both families now believe that both cats were killed by the same person using an air rifle.

The deaths are being investigated by the RSPCA, Cats Protection, and the Hertfordshire Constabulary. In the meanwhile, both families are warning others about the dangers and are hoping to help stop this from happening to other cats.

Many pet owners are aware of the risks that come with allowing cats to have free access to the outdoors. Mr Cox said that cats being killed in road accidents is one of the bargains that ‘you get into when you purchase a pet’. You know it is very difficult, but you are also aware that it is a possible scenario. However, Mr Cox goes on to say that knowing someone is going around killing a domestic pet is an entirely different matter.

Leo’s owners are sharing the concern of the Cox family. Both households are desperate to find out who is behind the killing and see justice is served. Their second concern is to ensure people in Hertfordshire are aware of the situation.

The investigation is moving swiftly as the perpetrator made two mistakes. They have the pellet that was recovered from Ziggy’s body and this can be used as evidence. The second mistake is the peculiarities of both Ziggy and Leos behaviour that makes it possible to determine where the shots would have had to come from.

Do You Have Any Information?

Unfortunately, Ziggy and Leo are not the first cats that have been harmed by air riffle attacks. The attacks are heartless and cruel, and it is awful to read about such stories. If you live in Knebworth and you think you may have some information that will help you can contact the Hertfordshire Constabulary by calling 101 or by going online and visiting herts.police.uk/report. 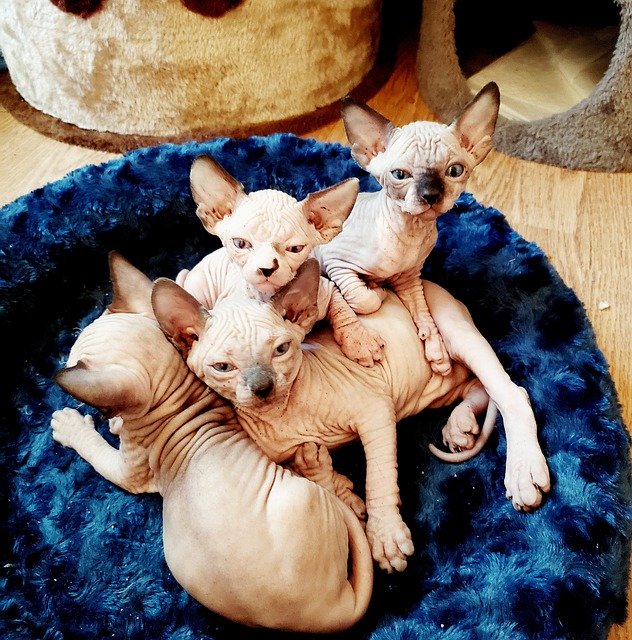 The Sphynx is one of the most easily identifiable cat breeds out there. The lack of fur gives them a unique feature that is shared by no other breed out there. Other notable features to mention include the lack of whiskers and eyelashes. The big deep-set eyes are enchanting and the they can come with many different pigmentation on the [...] 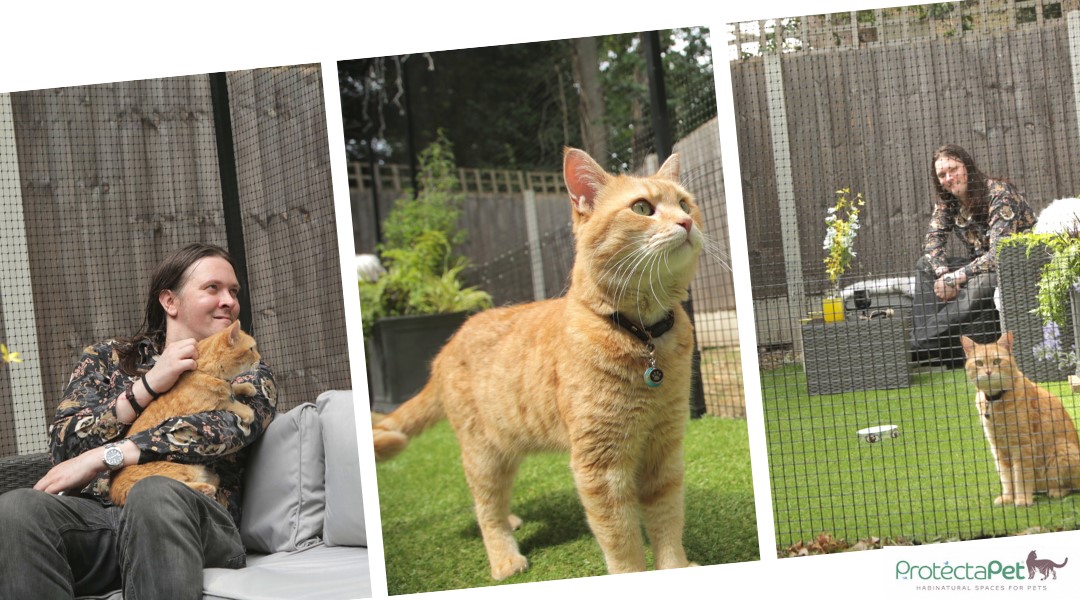 Street Cat Bob: How Did He Go Missing?

When James Bowen invited us here at ProtectaPet to design and build a catio for Street Cat Bob's garden, we were naturally a little bit starstruck. We'd read the books, watched the movies and seen the pair high-fiving at book signings. There was something really special about their relationship and how they'd brought each other [...]

The beloved cat that inspired the book series and the film A Street Cat Named Bob has sadly died. Bob was loved by many, but no one loved him more than James Bowen. James and Bob met during a difficult period in James’ life, when he was battling drug addiction. Bob was an abandoned cat and was suffering from [...] 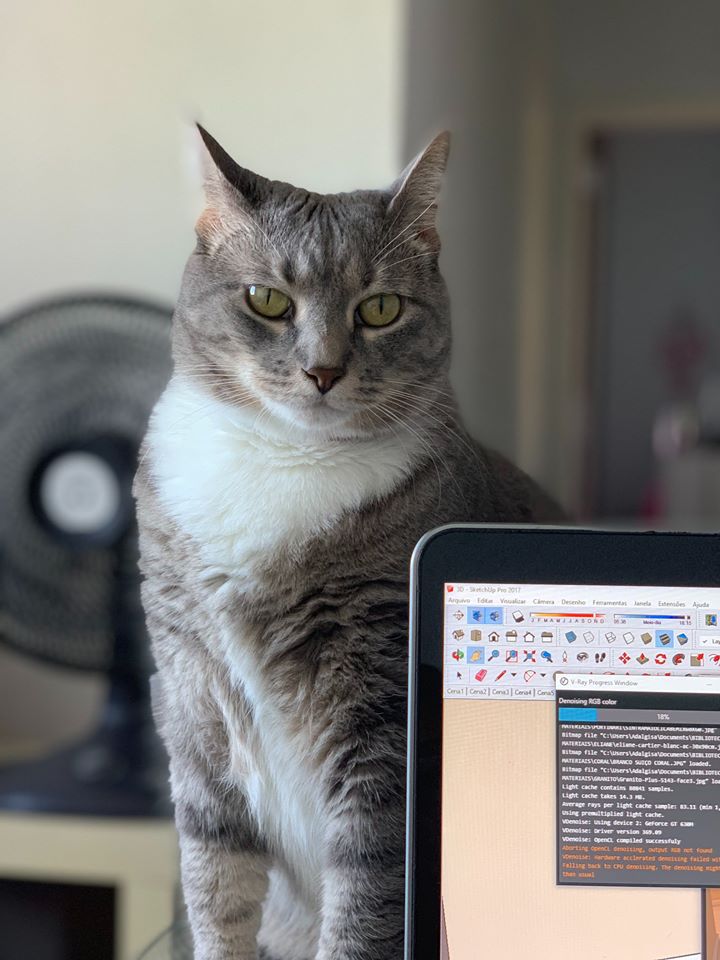 ​Preparing Your Cat for Life After Lockdown

Life is slowly returning to the ‘new normal’. More people are headed back to work, and it looks like it won’t be long before pubs and other recreational opportunities increase. This is obviously great news, but like many humans, some cats may find it hard to adjust after experiencing lockdown life for so many weeks. If you’re about to [...] 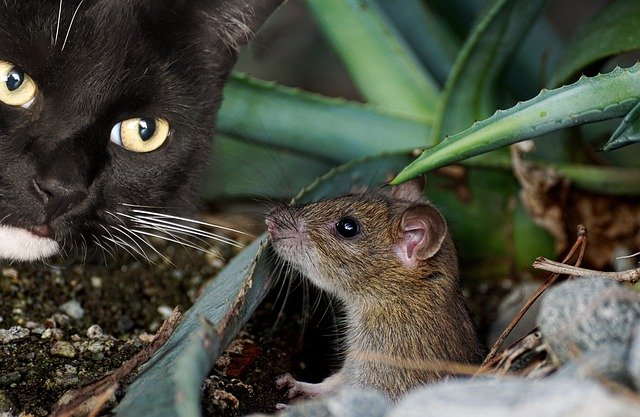 ​Why do cats bring back 'presents'?!

It’s that time of year for many cat owners to see an increase in the number of unwanted presents brought into the home by the household cats. These gifts often include mice, voles, birds, and sometimes even larger animals such as rabbits. No one likes coming downstairs to see such presents and it can be even more stressful if [...] 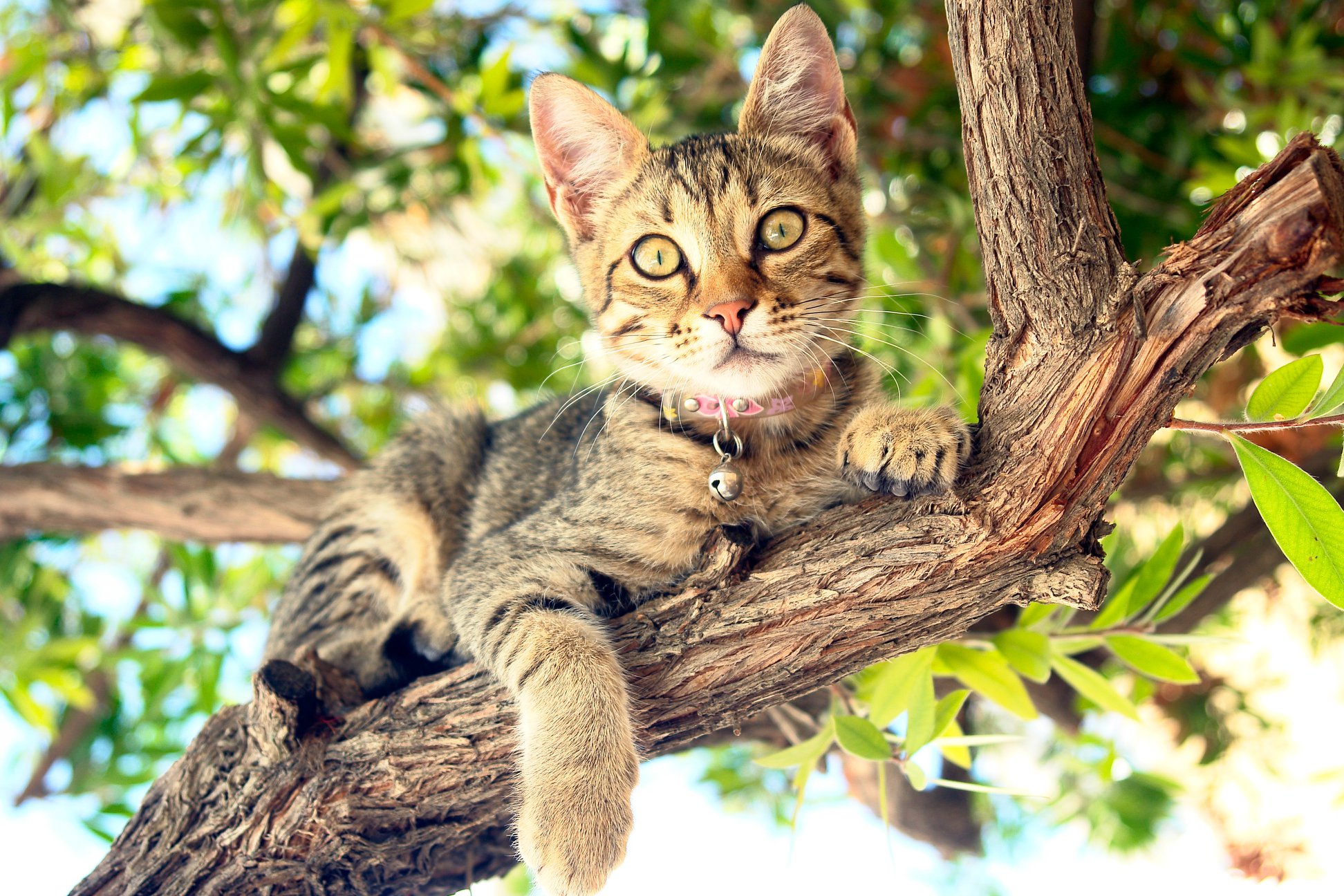 While there is no evidence to suggest cats can pass the virus to humans, studies have shown it is possible for them to pass Covid-19 to other cats. As a result, more people are choosing to keep their cats indoors. Whether this is a permanent or temporary adjustment, it is important to help keep indoor cats happy and healthy [...] 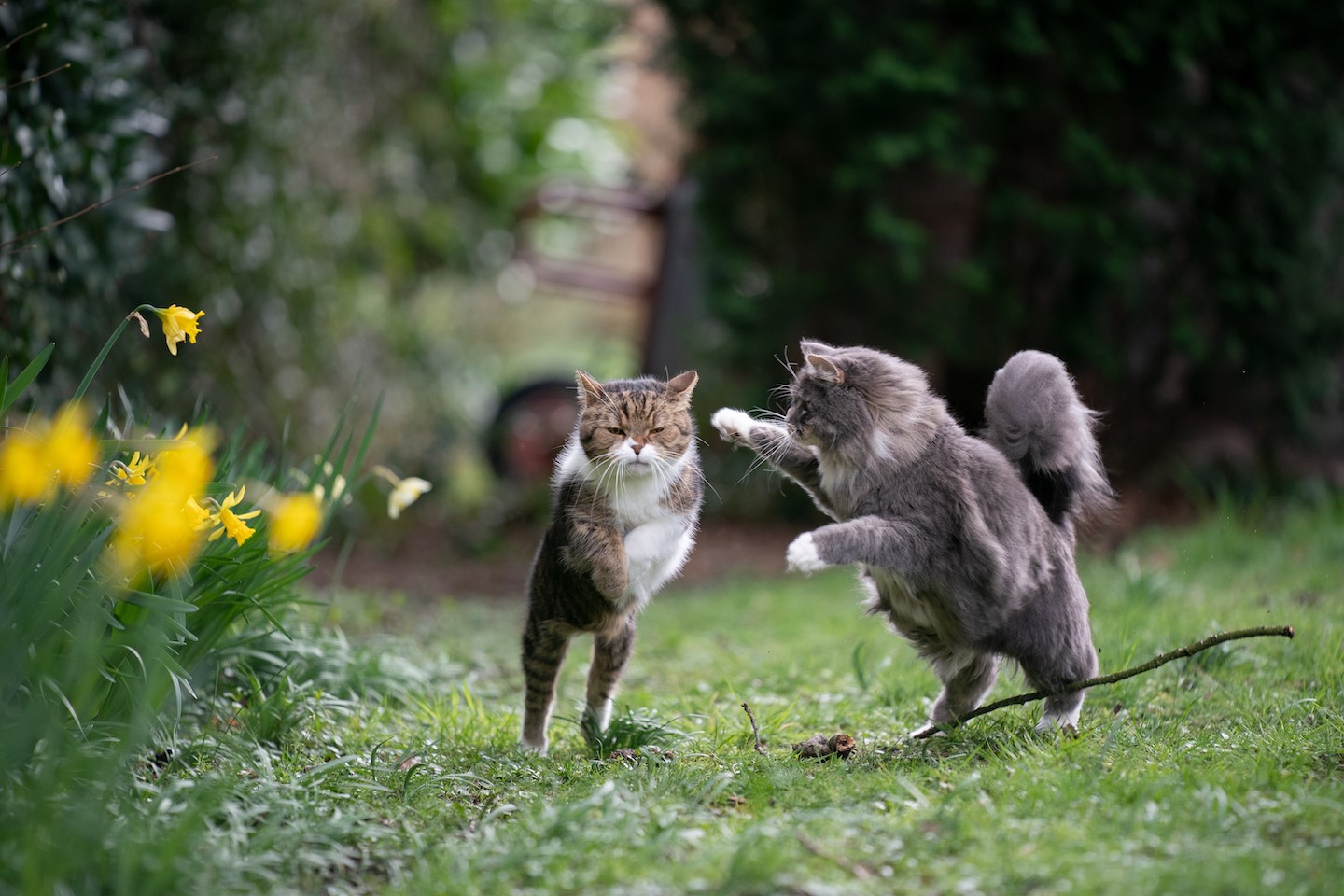 ​Gardening with Cats During Lockdown

Many of the UK’s gardens are looking better than ever, one of the small perks that have come with the lockdown. People have had more time on their hands than usual. That and the addition of some incredible spring weather has resulted in many households giving their gardens attention and time. If you’re beginning to join the gardening craze, [...] 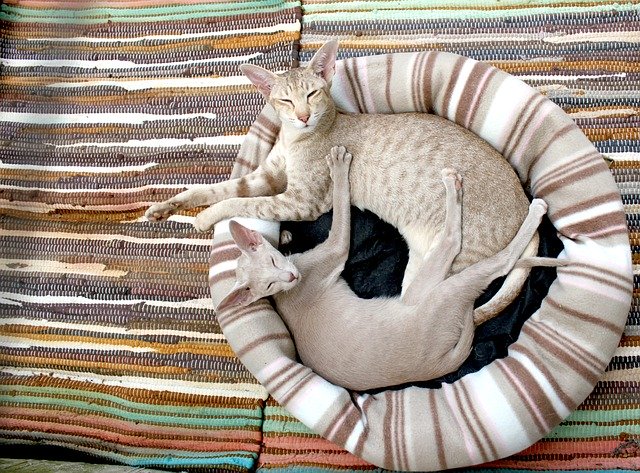 ​What Are the Most Popular Cats in the UK?

Do you own one of the most popular cat breeds here in the UK? A recent article from Purina has announced the top breeds in the UK, are you lucky enough to own one or more? Here’s the current top 9, do you agree with this list?SphynxThe Sphynx has a friendly face, broad distinctive ears and [...] 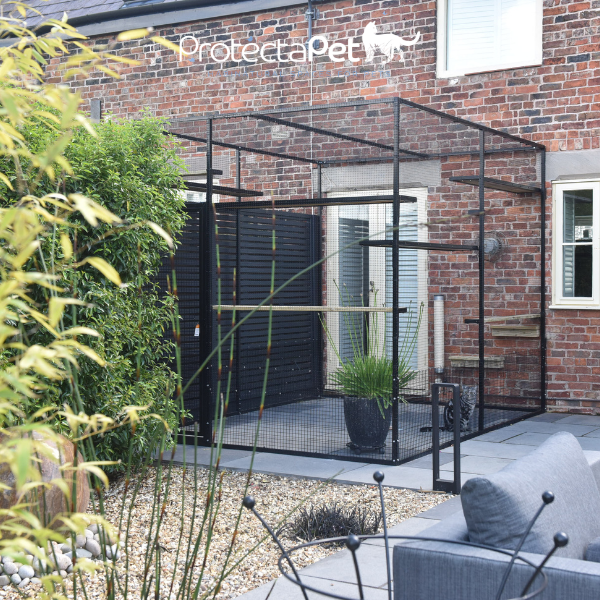 3 Things to Do with Your Cat During Lockdown

We are still in lockdown, which means many of you will have a lot more time to spend at home with your cats. It’s not only humans that are being told to stay indoors, many cats are also getting used to a more restricted lifestyle. This is due to the recommendations that have been made to keep cats [...]